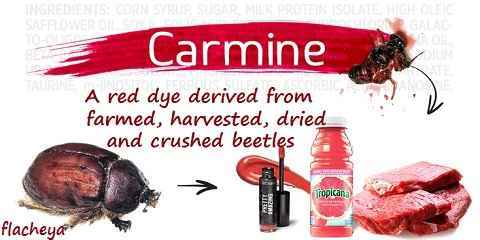 Have you ever heard about red dye allergy? This may not be the most common type of allergies, but such a thing does exist. Based on the information released by the American Academy of Allergy, Asthma, and Immunology, such an allergy may not be common. Yes, it is pretty rare, but it is real. The allergy usually happens after the people consume foods containing the dye. So, how does it even happen?

According to CSPI or Center for Science in the Public Interest, the issue about synthetic food dyes has been controversial for a long time. The food dyes come from petroleum or coal tar. It is said that the food dyes have many of the 9 currently approved dyes by the FDA, and many of them are potentially raising health concerns.

Among these dyes, there is the so-called Allura Red or Red Dye 40 & cochineal extract, that is often found and used in food. You can find it in drinks, baked goods, cereal, candy, and even cosmetics. 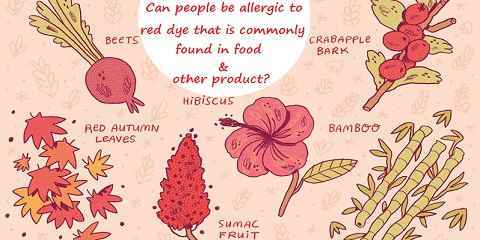 The concern about dye allergy isn’t only limited to the red dye. Some of the reported dye allergic reactions are related to red and yellow hues. Also known as Natural Red 4 or Carmine, it is taken from the dried insects’ scale. This isn’t a strange practice since it has been used in the food industry since the 16th century. If you find foods with purple, pink, or red shades, it is most likely that they are using the dye. Some reports have been reported with minor reactions as well as the significant ones, and anaphylaxis included in it.

Based on the study, done by CSPI, the Red 40 dye is harmless for most people. However, for those highly sensitive individuals, the dye will cause reactions, like facial swelling and hives. In kids, it may result in hyperactivity.

Based on the study, food manufacturers are recommended to exclude the Red 40 from their production – at least until their new test has demonstrated the safety. 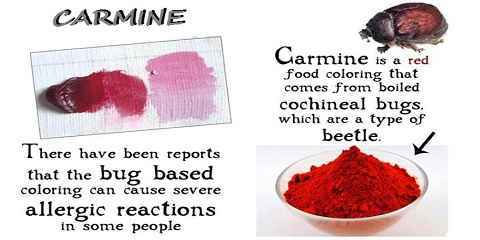 FDA must approve all of the dyes before they can be used in food. And since FDA has approved the manufacture and production of many foods containing the dyes, they feel that they have done their best to make sure that everything runs as safely as possible.

People with dye allergy should realize that the source of their issue isn’t limited to food only, but also medications, personal care products, and cosmetics. Lotions and soaps, as well as nail polish and eye shadows, can also contain similar dyes. They should always read the product labels so that they know which one to avoid and which one is safe. It’s the only way for them to minimize the possibility of red dye allergy risks.